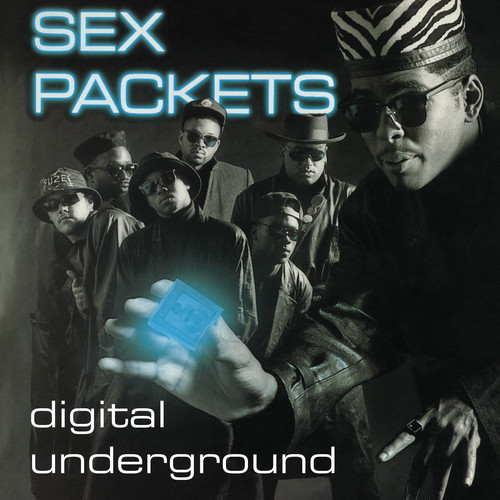 Limited 180gm vinyl LP pressing. Sex Packets is the debut album from the 1990s Rap group Digital Underground and is a concept album about "G.S.R.A." (Genetic Suppression Relief Antidotes), a pharmaceutical substance that is produced in the form of a large glowing pill about the size of a quarter, which comes in a condom-sized package and is allegedly developed by the government to provide it's intended users such as astronauts with a satisfying sexual experience in situations where the normal attainment of such experiences would be counter-productive to the mission at hand. The album was released in the spring of 1990 following the success of it's two lead-off singles: "Doowutchyalike", a moderate club hit, followed by "The Humpty Dance," which reached #11 on the pop charts, #7 on the R&B charts, and #1 on the Billboard Rap Singles chart. Sex Packets was released to positive reviews and eventually achieved platinum sales.